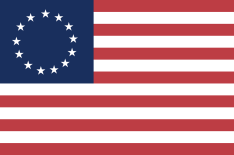 I usually stay out of the political debate, except with those I am closest to.  I find I am not going to change anyone’s mind and mine is rarely changed on an issue, through debate with people I don’t know.

With that said, here I go.

Nike, I gave you the benefit of the doubt when you hired Colin Kaepernick as a spokesman.  Our views about America, our history and respect for the greatest democracy in human history don’t align, but it is your right to hire whomever you want. Afterall, he isn’t the first washed up athlete to be given a second career hocking tennis shoes and work-out apparel.

I didn’t get rid of any of my Nike, I just didn’t buy anymore.  If I wanted to throw on a hoodie or pair of socks with the familiar “swoosh” on it, I did.

That changed this week, when you decided that Kaepernick’s hurt feelings were more important than the first flag that flew as a sign of Independence for the greatest country in the history of man.

The same flag that flew over America that allowed Mr. Kaepernick to get his feelings hurt over a tennis shoe design.

I understand that there are parts of the history of our country that are shameful, but to try and erase the parts of our history that has led up to the progress we see in America today is just plain stupid.

Nike has decided that the voice of a multi-million-dollar endorsement hack is worth more than the history of our county, they have the right to support their spokesman, and I also have the right not to buy their crap.

I realize I’m not the target market for Nike, that’s cool, I just hope that for the sake of the brand, the bed wetting snowflakes who get offended by a tennis shoe design will be able to give the brand the longevity that the object of Mr. Kaepernick’s hurt feelings have given.

As a business owner, I try not to piss off anyone (except the University of Alabama and the Florida Gators, I hate them both and they can be pissed off), I may not like what you want on a t-shirt, but I’m not going to turn your business away because we have differing viewpoints, it’s just not good business.  Nike on the other hand has chosen to piss off millions of Americans by allowing an overpaid past his prime athlete to get his feelings hurt over a shoe that celebrates the history of our country.

Mr. Kaepernick obviously has issues with the United States of America, maybe he should run over to North Korea or Russia and see what they think of his “hurt feelings.”

I love my country; I love what it stands for and I even love that idiots like Nike and Kaepernick can raise their voices in dissent.  What I don’t love is people trying to erase the history of America that has brought us to where we are today.

When you erase the ugly parts of our history, people forget, and we are more apt to repeat the mistakes of the past.  We still haven’t succeeded in getting to that “more perfect union,” but we are a hell of a lot closer than we used to be.

But what they are NOT entitled to do is erase the history of America, the good, the bad and the ugly.