I love a good reality show blind-side and last night on CBS – Survivor was one of the best I have seen in ages!

Do you have your tissue ready?  Tonight we say Farewell to Finn on GLEE.

10 days into a shutdown of the United States Government, our elected officials decide to sit down and talk to each other….. sigh! 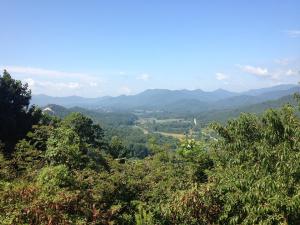 One of the candidates for Lake Park Commission is an incumbent, Steve Hockman.  Interesting thing about incumbency, you have a record.

It is not always easy to determine if a first time candidate is just saying something to get elected or if they really and truly mean it, incumbency isn’t like that, you have a record.

Main Principle – Transparency in the Government!

One of the most important things within the government is transparency. There is nothing worse than when you request something from your government, but you end up getting the run around. As taxpayers, you have the right to know where and how your tax money is being spent and to know that the town is working hard to get the most “bang” for your tax dollars, and not just wasting them.

It is always interesting what someone says when they are running for office…. isn’t it!?!

Lots of keywords can be found on the website reflecting a “Main Principle” of Mr. Hockman, transparency, run around, know how your money is being spent, most “bang” for your buck, wasting….. all great buzz words for a candidate.

Each year as we put together the budget for the Town, one of the items I have tried to reduce is the line item for Commissioners “Travel and Training.”  When I was elected this line item was over $5,000 and thru the years I am proud to say I have been able to get it reduced to $2,500.  I must say it has been a fight each year as this is one line item in the budget that Mr. Hockman has always fought against reducing, he does not want to touch this item.

A few months ago, I asked the Town Staff for a breakdown of Commission expenses by individual from this account.  The numbers reflect each representative and their years in service…. it really is quite telling and transparent!

Allow me to share the numbers, with the complete breakdown listed below….

An interesting note to take away from the numbers above….  in three years Mr. Hockman spent only $379.75 less than the other four representatives COMBINED!  Transparency.

Incumbency is interesting…..you have a record.

Below you will find a breakdown of Commissioner Hockman’s individual expenditures charged to the Town from 2010 – 2012.  (Keep in mind, the numbers are reflected thru SEPTEMBER 30, 2012, we have a whole new five months of spending that isn’t even accounted for here!)

Mr. Hockman wants transparency in government…. it is funny how he has never discussed these expenditures with the citizenry before.

It’s a funny thing about transparency….. if you don’t walk the walk…. then your talk can come back to bite you!

It still humbles me that four years ago, the residents of the Town of Lake Park placed their trust in me to be a Commissioner .  This is an honor I will remember fondly.

Over the past four years, I have been blessed to forge lasting friendships that I will never forget.

Tonight, I want to say thank you to all of those people who have helped to make my time as a Commissioner enjoyable, educational and memorable.

One of the first things I learned after being elected was the real forces in Town are the employees.  These dedicated professionals provide a service to the residents of Lake Park that are often overlooked and underappreciated.

They volunteer, they serve, they keep smiling and they work tirelessly to make Lake Park a wonderful place to live, work and play.

While Town Managers and elected officials come and go, the attorney and town staff carry on.  I want to thank all of you for the dedication you have provided to Lake Park and the patience, expertise and guidance you have given me.

I have been fortunate to work with a group of elected officials over the years that have helped to shape my abilities to lead.  Thank you.

Jeanine, you have proven to be a worthy adversary.  While we could argue over the color of the sky, I never doubt your passion for Lake Park and your belief in your convictions.

Tim, you have brought a fresh perspective to the dais, I hope your days in leadership are not over, but you will find a way to serve in another capacity moving forward.

James, you were elected to the position of Mayor under the most difficult circumstances imaginable, thank you for your willingness to serve.

Finally, to the residents, receiving your vote of confidence twice is a humbling honor.  I can never tell you how much I appreciate your kindness, your prayers and your input over these four years.

The position of Commissioner is often thankless, but you have been there to encourage, provide ideas and slap me on the wrist when needed.  For the most part, I think we have done pretty good work over these years and I can move on knowing we gave it our best and the future of Lake Park continues to shine.

I have been asked over and over why I decided not to seek reelection, first and foremost let me say loud and clear it was NOT to run for Mayor.  Please put that rumor to rest!  I will NOT be a candidate for Mayor in 2014.

Simply put, I have been given the opportunity to do work on a couple of projects that I am very excited about, these projects will take up a great deal of my time and I want to pursue the challenge.

Additionally, my friends and family all know I eventually want to return to my beloved God’s Country in the northeast Georgia mountains.  I have an opportunity to begin making that dream a reality and I will be working towards that goal in the coming months and years.

Lake Park thank you for allowing me to serve and thank you for your kindness.  Next week we will go to the polls to select a new commission.  Whether the new representatives are Diane Bernhard, Kimberly Glas Castro, Erin Flaherty, Steve Hockman, Michael O’Rourke or Kathleen Rapoza, pray for them and our Town.

To the new commission, I wish you well and hope you will fight for our community and our futures, together we can achieve anything.