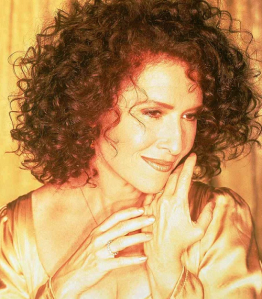 A friend recently told me about an incident her son had at school.  The story hit me head on with the realization of just how the education system has changed over the past years.

Not having children, I don’t always see the reality that our kids face on a daily basis while attempting to get an education.

As my friend reports it, her son is in an integrated High School Math class.  By integrated I mean all levels of students are in the class.

My friend’s son is a gentle kid, respectful, quiet and kind.  He is a handsome boy with a wicked smile that makes the girls in his class swoon.

Over the semester his grades slid to levels that are not typical for him.  After further review, his parents found that he was having a difficult time in the class because of a lack of discipline from  the teacher.

The integrated class had mixed a number of kids who have no desire to gain an education, with kids who excel, and it appears the teacher had taken on the mindset of the kids who didn’t care.

My friend’s son advised her that some of the kids were picking on others and making it difficult to learn.  My friend told her son to move to the front row and do his best…. he did.

NOt long after the move to the front row, one of the primary “bad kids” decided he wanted to sit where her son sat and decided to smack him in the head during class to make him move.

The smack led to a minor altercation between the boys and a visit to the Vice-Principal‘s office.

As my friend relayed the story, she advised that she felt that she must press charges against the boy.  I couldn’t believe what I was hearing and let my friend know.

I told her that I thought what had happened was “boys being boys” and she was over-reacting.

Even I got into a fight in High School, yes I know it is hard to believe, but I did.  Or, I guess I should say Fred Beck got into a fight.  I stood there as his punching bag as he placed his fist on my face, all over his thought that I liked his girlfriend.  (Trust me, I get the irony of that last sentence!)

I explained my concern to my friend and told her that I felt she was over-reacting.  No sooner had I gotten the words out of my mouth than she gave me a proverbial slap in the face that made the one I received year’s earlier pale in comparison.

My friend reminded me, boys being boys no longer exists.  Now we have Columbine, Virginia Tech, Newtown, no longer can we think about a kid hitting another kid as horseplay, now it is the responsibility of the school to look at incidents as a potential danger to all.

My friend has been torn, trying to decide how to handle the situation.  She has been advised to press charges,  on one hand if the kid is arrested it affects his life forever, on the other hand a bad kid has the potential for a much greater effect on the masses than during the decades when we were in school.

These are the type of challenges our teenagers struggle with daily, it’s not just Algebra and English, today’s kids deal with a level of dangers we could have never imagined.

How would you handle the situation if this were your child?  I would love to read your comments.