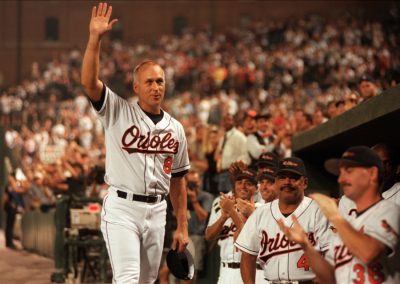 Cal Ripken, Jr. is known as “The Iron Man,” and his dedication to the sport and his teams proves the moniker is well deserved.

Before his career ended, Ripken’s consecutive games streak extended to 2,632, a record most believe will never be broken.

Cal Ripken, Jr. was elected to the National Baseball Hall of Fame in 2007.