I have a confession to make……  Big Brother 15 is not one of my favorite seasons.  A number of my favorite players, or players who would have been real competitors have been eliminated and no one in the house seems to really want to compete.

The house is being run by a woman with few admirable or interesting traits and the rest of the house appears to be playing for the sequester house.

Sadly, the one guy who could have been a real mastermind of the season is so enthralled by cougar vagina that he can’t keep his head in the game.

I am just finding it all predictable and disappointing, I really hope in the second half of the season some people decide to step up and play or else we may as well go ahead and write the check to Helen.

The show begins with the recap of GinaMarie’s nomination ceremony, it was still insane the second time around.  The girl “telling it like it is” is as wacked out as you would think.

GinaMarie guarantees Jessie she isn’t going home, she is just a pawn and her target is totally Candice.

She pulls Candice into the room and tells her she doesn’t like the rumors that Candice starts, GinaMarie apologizes for the “tattle tale” comment.

Spencer, Aaryn, Amanda and McCrae theorise who the MVP is, Amanda is convinced it isn’t America because America can’t dislike her.

Amanda is becoming very possessive of McCrae.  She bosses and pouts…. UGH!

Tensions escalate and there is definite trouble in showmance paradise.

House guests gather in the living room to find out who the MVP nominee is…. AMANDA

Playing for the Veto is….

Host for the Veto competition is Aaryn.

Several people are thinking Judd is the MVP.

Amanda goes to Judd and Spencer and ask if they win the POV will they use it on her, both tell her what she wants to hear.  Amanda pushes GinaMarie to use the POV on her if she wins and GinaMarie tells her yes, which pisses off Aaryn who knows she will follow-up as the nominee if Amanda comes off the block.

Amanda and McCrae continue to fight.

It’s a redneck frog pond slinger  competition.  Trade up for prizes or Power of Veto.

Candice — third eliminated gets the Clownitard for a week

GinaMarie  – first eliminated – will wear the “cone of shame” for 48 hours (or as GinaMarie asks, that’s 2 days right?….can’t make this shit up!)

Amanda is a bully mean girl though the entire POV competition and continues to be nasty after.  Amanda is coming apart in the house, her mental stability is seriously coming into question.

McCrae tells Amanda all the things someone should have told her days ago.

Amanda looks like a freak in the continuous spray tans.

Jessie uses the veto on herself.  Spencer is nominated in her place.

My prediction for who will gome home tomorrow night….

HOWEVER, DON’T FORGET TOMORROW NIGHT IS A DOUBLE EVICTION NIGHT!!!!!!!!!!!!!!!!  i PREDICT THE SECOND PERSON OUT THE DOOR WILL EITHER BE AMANDA OR SPENCER!  HOPEFULLY …… 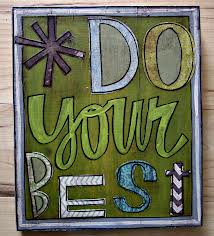 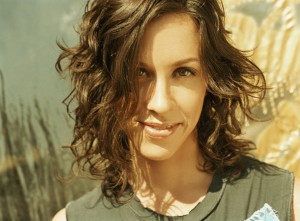