Once again, I have lost everything on the DVR, and I await a visit from the Comcast technician tomorrow morning.  They call this “service.”

Thankfully, the condo development I live in has basic cable for all residents, so I have reworked my television and watch like it is 2003.

My disdain for Comcast grows by the day, I am working on a post that I will share soon where they are accusing me of stealing their equipment and charging me $150 because the COMPUTER says I have equipment that I don’t….. but….. the computer says so!

Let’s see what is going on in the house, and if you aren’t following the boards and feeds you are missing out!  Unfortunately I don’t have pause or DVR, so I am typing fast tonight.

Aaryn wins HOH.  Helen had made a previous deal with Aaryn where she would give her HOH nominees to Helen’s side of the house and those nominees are to be Howard and Spencer.

No one seems happy that Aaryn won HOH.

Helen worries if Aaryn will follow-thru on her end of the deal.

Candice knows about Helen’s deal and she also knows she was not consulted on the plans.

Spencer ask Aaryn point-blank if he is going on the block, she tells him she has to do what the house wants.

All the house guests hide when it is time to see Aaryn’s HOH room.   It was a cute moment and Aaryn almost seemed human.

McCrae and Amanda take a bubble bath, discussing their differences and both say “I love you.”

Spencer goes to Aaryn and attempts to defend himself to keep from being nominated.  Aaryn lets Spencer know she made deals to stay in the house and will follow through on the agreement.

Howard talks to Aaryn about the nominations.  Aaryn tells Howard the truth about the deal with Helen.  Howard tries convincing Aaryn to shake up the house and not nominate who she is being told to nominate, but do what she wants to do.

On a side note, I wish this would have been the Aaryn that played the game in the beginning instead of the white-sheet clad Klan chick!  This Aaryn is more like the one I described in my first impression.

Have and Have-Nots Competition:

Orange team comes in first, purple team second and green team is a Have-not for the week.

Candice and Aaryn talk.  Aaryn tells her she doesn’t want to put Howard up but she is being told what to do.   Candice recommends she nominate Amanda and McCrae,  Aaryn tells her Amanda kept her safe.

In the diary room, Aaryn admits that Candice doesn’t exist to her and anything she says goes in one ear and out the other. 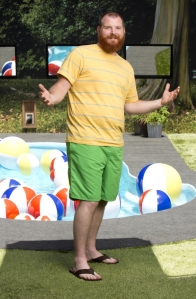 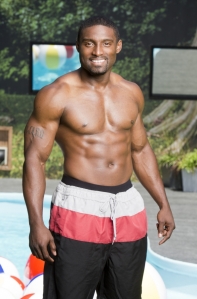 Aaryn holds up to her end of the bargain.

Wednesday night we find out who America has nominated for the 3rd seat.  This has already happened in realtime and well, I warned a player didn’t I?

More importantly than just the 50 lbs, I am working to get myself healthier, in my food, exercise etc.

Giving myself a goal of 5 pounds per month is more realistic than saying 50 pounds, therefore I am working in small increments to get there.

Today is the end of my first month, I stated June 28th at 232.4 today one month later 227.4…. EXACTLY 5 pounds.  I didn’t have an ounce to spare.  That may not sound like a lot or enough to most of you, but for me it is a victory.  I am proud of that 5 pounds because it represents a lot of new attitudes, new routines and changed mindset.

This month I have eaten better, I have exercised an average of 4 days a week for at least 45 minutes a day and yesterday and today I actually did some running, not a lot, but it was running.

I have a LONG way to go, but baby steps will eventually add up.

If I am honest I have to admit I was really scared I wasn’t going to make this five but I did.  I feel better, my clothes are fitting better and I am enjoying the process.

Thanks for the encouragement and support!

Sunday Playlist…. We Shall Behold Him by Sandi Patty