Where we last left the show, the Big Brother guests had Kaitlin and Aaryn nominated and were told to “expect the unexpected.”

Tonight, I’m going to do things a bit different, a lot is going on in the house and I will recap below, but more importantly I want to discuss a player in the game.  I think one player is blowing their game because of their own ego, someone who should be a front-runner is about to blow their game…. I will discuss that below.

Before my comments let’s recap the highlights of the show…

First of all I REALLY, REALLY want Aaryn voted out of the this house… no seriously REALLY!!!!  But I don’t think Aaryn will be voted out, I think it will be Kaitlin and honestly that is probably the smarter move.. but dangit I want Julie Chen to get that eviction interview with Aaryn sooner rather than later!!!!!

A NOTE TO AMANDA: 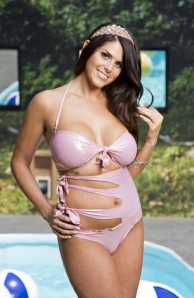 Amanda needs to chill out and take off her queen persona.  This chick has turned into an entitled egocentric nasty girl, her game has gotten out of hand.

Let’s look at things, what has Amanda done?  She sleeps with the first HOH, what else…….  ok, if someone wants to tell me something she has done let me know.

Now don’t get me wrong, I think she is hilarious and I would love for her to go far in this game, but seriously get off the self-righteous kick and stop trying to rule the world.

And STOP ruining McCrae’s game…. you have him thinking with his small head so much the boy can’t play the game, he has basically turned into a pubescent 14 yr old,  except when it is time to smoosh with you….  AMANDA STOP IT!

Her game play isn’t that great, she is WAY too talkative, she needs to learn to keep her mouth shut and play the game more cerebral.

Someone sneak in the house and give Amanda this advice…..  shut up and stop the constant scheming, you have a big mouth but that is your total game, win something and prove you are what you try to make people think you are!

Words to Live By

Today I was in Whole Foods Market and out of the corner of my eye I saw my mother.  I know that isn’t possible but a lady for an instant looked like my mama, not only did it freak me out a bit, but it comforted me as well. 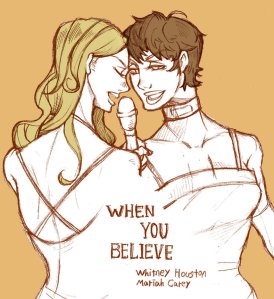 Life’s Playlist….  When You Believe by Mariah Carey and Whitney Houston