Last night, NBC aired a new show “Get Out Alive with Bear Grylls.”

Included in the new summer lineup for NBC, this show has me hooked after only an hour.

Get Out Alive, reminds me of what Survivor used to be.  It is exciting television that challenges the contestants and keeps the viewer on the edge of your seat.

Bear Grylls is an adventurist who has taken surviving in the wild to a whole new dimension.  His ability to traverse all types of terrain and his knowledge of our natural habitat makes him a great host for this show.  It is obvious from scene one that Bear will not be asking any of the contestants to do something he won’t be doing.

From the NBC website, http://www.nbc.com/get-out-alive/, the show is described as…

“Get Out Alive with Bear Grylls” is a larger-than-life adventure reality competition series hosted by world-renowned survivalist Bear Grylls.

Grylls leads this non-stop extreme survival journey that tests 10 teams of two beyond their wildest imaginations as they venture into the unforgiving and dramatic landscape of New Zealand‘s South Island. Their mission is threefold: survive the wild, journey as a group and avoid elimination. Each week, Bear will send home another team. In the end, only one duo will remain – the team that he believes has shown the most heart, courage, initiative and resolve in their quest to “get out alive” and claim a life-changing grand prize of $500,000.

From dense forests and sheer mountain drop-offs, to freezing cold rivers and unforgiving glacier crevasses, the landscapes tackled will be harsh, remote and physically and emotionally draining. Having to navigate the worst that the wild can throw at them every step of the way, the contestants will be battling to survive like never before.

Every team is assigned a task to take charge of throughout each leg of the journey – including food, fire shelter and obstacles. This is not a race, but is a life-changing adventure to reveal the raw survival spirit needed to “get out alive.”

All along the way, Bear, the ultimate adventure survival expert, will be watching, either from vantage points or while traveling with the group. He is looking for that survival spirit, resourceful skill and heart-led determination that he knows the wild demands. If the situation requires, Bear will step in, but all the time, the duos must work together to overcome the cold, fatigue and hardships. And at the end of each leg of the journey, there are difficult and emotional decisions to be made by Bear as he chooses who should leave the expedition.

As the stakes get higher, the obstacles become more unyielding. As civilization gets closer, the journeys get harder, until ultimately only one duo remains. That team will have endured and survived the ultimate test of character and fortitude – walking away with the grand prize, along with the scars and pride that they proved themselves capable to “Get Out Alive with Bear Grylls.”

I am really excited about Get Out Alive.  If episode one is any indication, the challenges that are ahead for these contestants will be life-changing.  Plus we the viewer are going to learn valuable lessons about survival…. for example, who knew you could mix your pee with muddy water, filter, boil, cool and drink.   Were you aware that a fish eyeball is filled with nutrients that will keep you hydrated and enriched with protein?  See educational!

Another aspect of the show I really like is, the overall team of 20 is expected to work together as a larger unit.  It is made clear that the contestants are expected to stay together and work together, creating a community of players striving towards a common goal.

Below is an introduction to the players, with a brief “first-impression” from me: 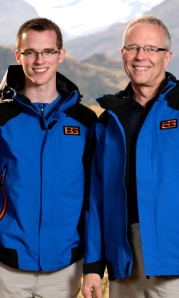 Austin and Jim, week one this was the pair that impressed me most.  A father, son pair and unlikely heroes of the game.  On attitude and desire, this pair could go a long way.

Donna and Canden are a mother/daughter pair.  I don’t have much of a read on them as they were not featured very much in episode one, which usually is not a good sign moving forward.

Esmeralda and Dominic, husband and wife.  Dominic seems like a really good guy, Esmeralda seems like she is going to have a hard time adjusting to the wilderness.  She got sick on episode one and my guess is Bear will cut her team quickly if this continues.

Jeff and Chris would have been my predictions to win it all, until I learned their back story.  Jeff is recovering from a serious accident that almost cost him his life, I am afraid he will begin to suffer from a lack of endurance as related to his injuries.

Louis and Lucky, father/daughter, both seem to be REALLY excited to be taking part in the challenge.  I hope they do well. 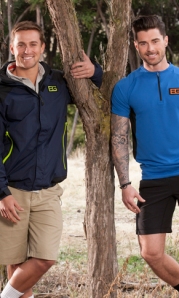 Royce and Kyle, best friends.  Kyle an addict in recovery and his partner Royce have the potential to go along way in the competition.  I do fear personality meltdowns from Kyle that won’t be tolerated by Bear and could set up elimination.

Ryan and Madeline, the perky attractive southern couple.  Madeline may be a beauty queen, but she seems to have a lot of grit and determination.  It is obvious Ryan is her rock and between the two of them, I wouldn’t be surprised if they are competing in the final challenge for the 1/2 mill.

Spencer and Alicia.  Dating,  I don’t see them going very far in the competition. 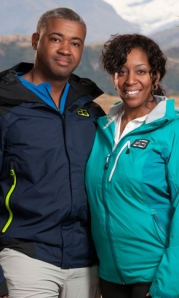 Wilson and Robin, married.  It is already obvious that Wilson is over-bearing and has a need to control.  He seems like the type who will stand around and tell everyone else what to do, I don’t think that will go over well with the other contestants or with Bear.  My bet is they will be out within the first 5 teams if he doesn’t get a dose of reality SOON!

Vanessa and Erica, sisters.  These girls were on the show to have a good time, unfortunately for them, this isn’t a show about having a good time, it is a show about meeting challenges and life experiences….  they were eliminated week one as they should have been.

I like this show A LOT, I hope it doesn’t let me down, but so far so good, it is inspiring, educational, challenging and features great personal and financial reward…. just what I want from Reality TV!