I have been a GLEEK since season one, I love the show.  I have been invested in the characters and moved by the daring subject matter the writers have tackled.

Last night, GLEE jumped the shark, quite possibly one of the worst hours of television I have ever seen.

During the course of an hour we were subjected to more implausible character assassination than I could comprehend.

From the wedding the wasn’t, to the hook up between Santana and Quinn, the wheelchair romance for Artie all combined to create a wedding cake adorned with too much fondant.

Throw in the Brody is a male prostitute, Sue dresses up like a bride and prim and property Blaine and Kurt get crazy in the backseat of their car and you have an episode that will go down in the history of GLEE as the worst ever.

Why did Ryan Murphy allow this to happen?  Is he too busy with his other shows to continue to stand guard for this episodic masterpiece that has helped to change high school culture around the world?

GLEE has shaped my viewing habits for several years now.  High School is long behind me, but in GLEE I was able to place myself in the characters.  Through GLEE kids like me who were harassed and bullied found a voice, GLEE mattered.  Hopefully someday in the near future it will return to those days of importance and move away from the farce that was inflicted on the viewers last night.

When I think of GLEE, I think of the video below, Mr. Murphy, this is what we want to see again. 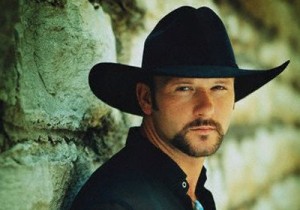 Life’s Playlist….Better Than I Used to Be by Tim McGraw

Sometimes the simplest gesture is enough to give one SUPERHERO status.

This week’s Fridays Heroes are the men who bring a little bit of joy to kids stuck in a hospital, SUPERHEROES making kids smile!