At what point does political correctness cross the line of common decency and just stupidity?

For years our leaders, athletes, entertainers, employees, employers and just plain old common folk have been judged on how PC we can be.  Today society has gotten so bad, I don’t know what to say and what not to say anymore.

This Sunday the Super Bowl will be played.

Big burly men will run up and down the field, in tight pants with bulging muscles all while trying to tackle each other from behind.  At the end of the game, the team with the most trips into the end zone will be declared the winner.

The players, coaches and fans will all embrace each other, some will cry and they will declare their love for one another, their team, their owners and their fans.

Over more than 45 years Super Bowl Sunday has become an unofficial holiday.

The game is just part of the hype for Super Bowl, many will remember much more about the commercials and halftime show than the game itself.

Sadly, this year it appears that we should rename Sunday’s extravaganza the P.C. Bowl and not even concentrate on the game.

This week our national news media has picked up on a story debating whether the Super Bowl  commercial for Volkswagen  is racist…… yes, you read that right, a commercial for a car is now racist.

Why you ask, how could a car commercial possibly be racist?  It seems that in their attempt at humor Volkswagen created a character who is always happy and heaven forbid he talks with a Jamaican accent and to make things worse…. he is WHITE!?!?!?

Political correctness run amuck, now we must worry about insulting someone for being too happy.

On Tuesday, Howard Stern “comedian” Artie Lange made his way into Media Day at the Super Bowl.  During his time as a media rep, Lange approached San Francisco cornerback Chris Culliver and asked him if there were any gay players on the San Francisco roster.

Culliver responded eloquently “No, we don’t got no gay people on the team, they got to get up out of here if they do.” “Can’t be with that sweet stuff. Nah … can’t be … in the locker room man. Nah.”

Honestly, if Culliver wants to use his time in the worldwide spotlight to endorse his ignorance why should I be offended?  Seriously, any man who can formulate a sentence with the elegance of Mr. Culliver deserves his moment to shine.

I would think that playing in a city with one of the largest gay populations on the planet should make Mr. Culliver’s comments intriguing to the team’s fan base.

I am confident that all the “sweet stuff” brothers and sisters of the Castro would be more than happy to educate Mr. Culliver about the ins and outs of a locker room, either in a professional or private arena.

A simple Google search of Mr. Culliver makes me wonder, why he protest so much, recent pics of him would be perfect for his GRINDR profile page. 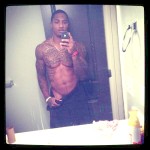 If Chris Culliver wants to be an idiot, a homophobe athlete who cannot formulate a simple sentence LET HIM, how does this reflect on us, it only reflects on him!

Now it seems that Mr. Culliver has issued an apology for his comments.  WHY?  When will a self-absorbed athlete step up, make a comment and not worry about the consequences, Mr. Culliver, if you are man enough to make homophobic comments at least be man enough to stand behind your words.

Why do we care if Chris Culliver has a problem with gay people, I can honestly say I have never heard of him prior to these comments, he was an insignificant punk that had no effect on my life.  Guess what…. he still doesn’t.

Here is what you should know about Chris Culliver, his mouth is bigger than his talent and I have no doubt he can’t even tell you what document gives him the right to the freedom of speech he expresses with his homophobia.  And seriously, if you think he can even tell you what an Amendment is, much less a First Amendment… give me a break, he can’t even formulate a sentence, what makes you think he has the brain matter needed to back up his ignorance?

Have you heard the one about the Baltimore Ravens cheerleader who is being denied the opportunity to cheer at the Super Bowl?

It seems as though only a certain number of cheerleaders are allowed for each team at the game.  This particular cheerleader has been refused the opportunity to cheer, she says it is because she has gained weight.

Here is a thought, you knew the rules when you tried out for the JOB, a cheerleaders presentation is part of it, honey you got the job because you are hot and you can dance… let’s face facts…. stay that way if you want to go to the Super Bowl!

Now, members of the political correctness patrol have started a Facebook page, petitions and Twitter accounts to oppose her not being chosen to represent the team at the Super Bowl.  Here is a novel idea, follow the rules that are set forth from the beginning and you get to go.

Political correctness is NOT a bad thing, we all deserve respect and should respect each other’s differences, the problem is, when it goes too far.

It’s a football game people, let’s just all relax, sit back drink a brew and eat a chicken wing.

As for me, I plan on putting on my best 49ers drag and cheering every time I see that sweet ass of Chris Culliver sashay down the field… you are fierce love muffin… FIERCE!

Today’s sunrise was one of the most beautiful I have ever seen.  It started out pretty, but turned into OMG that is incredible!

Kind of a metaphor for life…… 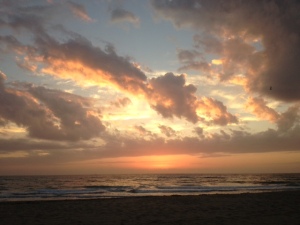 From the Associated Press…. 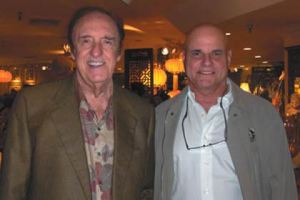 Jim Nabors, the actor best known for playing Gomer Pyle on TV in the 1960s, has married his longtime male partner.

The couple met in 1975 when Cadwallader was a Honolulu firefighter.

“I’m 82 and he’s in his 60s and so we’ve been together for 38 years and I’m not ashamed of people knowing, it’s just that it was such a personal thing, I didn’t tell anybody,” Nabors said. “I’m very happy that I’ve had a partner of 38 years and I feel very blessed. And, what can I tell you, I’m just very happy.”

Nabors said he’s been open about his homosexuality to co-workers and friends but never acknowledged it to the media before. He doesn’t plan to get involved in the issue politically.

“I’m not a debater. And everybody has their own opinion about this and actually I’m not an activist, so I’ve never gotten involved in any of this,” Nabors told Hawaii News Now.

Nabors became an instant success when he joined “The Andy Griffith Show” in spring 1963. The character of Gomer Pyle — the unworldly, lovable gas pumper who would exclaim “Gollllll-ly!” — proved so popular that in 1964 CBS starred him in “Gomer Pyle, U.S.M.C.”

In the spinoff, which lasted five seasons, Gomer left his hometown of Mayberry to become a Marine recruit. His innocence confounded his sergeant, the irascible Frank Sutton. 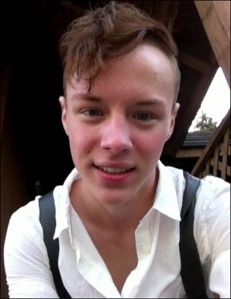 The Huffington Post is reporting that gay teen Jadin Bell has been removed from life support after attempting suicide recently.

How many more kids have to die before we take a stand and teach each other to respect our differences and love one another?

RIP young man, your comfort will now be found in heaven.

I cook meals for one | Feel free to try them