Denali Botolino passed away this morning.

For most people, that name doesn’t mean much, however for over 7,000 people who have followed his story on a Facebook prayer page and countless others who have heard of him from followers, this is the end of a struggle that has been valiantly fought.

I first met Denali Botolino through my television screen.  A 10-year-old boy suffering with pancreatic cancer.  I remember the moment like it was yesterday, I had just gotten home from work, flipped the tv on and I was stopped in my tracks….

Watching that story, my heart broke.  I knew I had to do something to try to help this family.  One of the wonderful things about my job is that we work very closely with numerous charitable organizations.  Through our carousel, we donate proceeds to organizations and people in need.  I made a mental note to try to find out more about this little boy so that we could hold a carousel day in his honor.

The next morning as I was walking into my office, the receptionist stopped me, “Kendall, there is a lady on the phone with a son who is sick, she needs a place to host an event.” Little did I know that those words would change my life.

When I took the call, I heard the voice of Donna Botolino.  She briefly described to me that her son had pancreatic cancer and a fund-raiser that was to be held for him the next day at his elementary school had been cancelled due to weather.  Donna was looking for a new place to hold the event.

I told her we would host the event.  Within an hour, Donna was in my office and we were making plans.

The minute I met Donna Botolino, I felt a connection.

That day, I joined the “Please Pray for Denali Botolino” Facebook Page and Donna and I became friends on Facebook.

One of the things I quickly learned about Donna is her giving spirit.  While she was going through such turmoil and sadness she always made sure to thank those who were supporting her family publicly and privately.  A gentle grace through a trying storm.

The next day, we hosted  Denali Botolino Day.  Children from his school, kids from his neighboring high school, Sheriff’s Deputies, military, entertainers, clowns, arts and crafts, hundreds of supporters, volunteers and friends all gathered to honor Denali with HIS day.   Donna insisted that all the activities be free, she wanted the kids to enjoy themselves and she wanted to see Denali run and play.

The only fundraising done that day was on the Downtown Carousel, t-shirt sales and donations, but there was more fun than anyone can imagine.

Denali showed up for the event around noon, he was a reluctant celebrity, everyone wanted to be close to him.  At some points it must have been overwhelming, but he fought his own fears, anxieties with the crowds and sickness to participate as much as possible.

Near the end of the day, Donna and I were in my office, I had something to give her on behalf of my company and the merchants in our center.  I had also stashed a handful of carousel tokens in an envelope for the Botolino children to enjoy.

While we were talking, a sudden burst of energy and laughter interrupted us, it was Denali.  I will remember the smile on his face forever, Donna gave him the carousel tokens and he ran off with his friends, trailing off in the sounds of laughter and little boys at play Denali shouted,  “thank you Kendall, thanks for my day.” 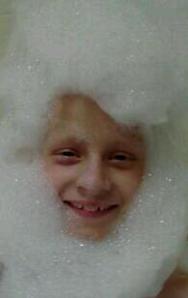 Over the weeks and months, I followed along on Denali’s page.  Donna and I spoke from time to time and the plight of this little boy didn’t leave my mind.

The Saturday after Thanksgiving, our property lights our holiday lights to begin the Christmas season.  That night, after the ceremony was complete, I got a text from Donna, “are you here?”  YES, I was.  I rushed to find the Botolino’s and was so happy to spend some time with them leading up to Christmas.

The Christmas card they sent still hangs on the bulletin board in my office.  The entire team at my office adopted a strong feeling for the Botolino family and at least once a week, someone will look at the card, which is a photo of their family and ask “how is Denali?”

Every day I have followed  the struggles, mini triumphs and raw emotions found on the Praying for Denali Botolino page.  As the numbers grew, so did the compassion.  Over the last few months Denali has brought together people from around the world, all in prayer for his warrior spirit.

Through the pain and sorrow, a goodness has been created.  People have lit candles, written poems, run races and even driven across the United States on a motorcycle all for one little boy.

Denali Botolino was dealt an unfair hand in life, but through his struggles his legacy will be greater than anyone can ever imagine.

Just a couple of weeks ago when Denali came home to be cared for by hospice, I was fortunate enough to

take food to the home for his 11th birthday.  It wasn’t a happy celebration, but it was important that Denali’s family find some comfort in the day.

As usual Donna and Ricky were gracious and steadfast in their commitment to do everything they could to fight the illness that was ravaging their son.

Ricky told me that night, “we may be in hospice, but we aren’t through fighting.”

Fight they did.  Donna and Ricky did everything they could for their son, they fought this battle alongside him, their dedication to their family is exemplary, never giving up or praying for a miracle to keep their child alive.

Denali’s brother and sisters were with him every step of the way, sadly these children have endured things that no one their age should ever have to endure, but they did it as a family and I pray that through their pain they will remember the happier times, the joys and the laughter. 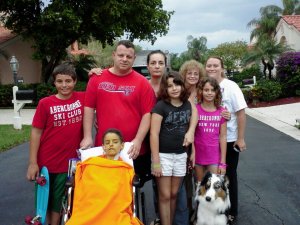 Denali Botolino died today, but his legacy will love on.  Denali fought the good fight, he never gave up and he worked so hard to live.  When his time on earth was done, he had done more in his brief 11 years than most do in a lifetime.  Denali brought the world together, he touched lives and he made a difference.

Denali Botolino will be missed here on earth, but he skipped through the gates of heaven this morning and into the waiting arms of the Lord.  Denali now runs and plays, no longer in pain, no longer battling, Denali’s victory has been won and his life has touched us all.

In the days ahead, please join me in prayer for the entire Botolino family.  My hope is they find comfort in knowing their son was a warrior and his battle touched thousands of lives and changed the way we look at the world we live in.

Rest in Peace now Denali, you are home with the Lord and in pain no more.

If you would like to make a donation to the Botolino Family, an account has been set up through PayPal.  http://www.botcotree.com/dbotolino-fund.html